The final month of the year for the Guild of Photographers' Image of the Month Competition - and by this time there's always a bit of a feeling of "can't wait for it to be over"! Of course that feeling soon goes away and by January, when the competition starts again, I'll be raring to go...

For my final month's entries, I had quite a selection to choose from, but I decided to be a bit strategic with my choices. By this point I had already got enough points and entries to be awarded the Photographers' Bar (I think!), so I could afford to be selective and keep back some images ready for next year's entries.

I decided to enter this shot of Maggie in the river, which was one of the favourites from her session for both me and her humans. There's quite a special story behind this location as it was where Maggie first learned to enjoy the water, so it was capturing a moment that they would be able to cherish forever, and I was thrilled that the shot worked out as we were working in some quite difficult light.

We were all over the moon when this image was awarded a High Bronze Award - actually my only High Bronze for pet portraits in 2021! 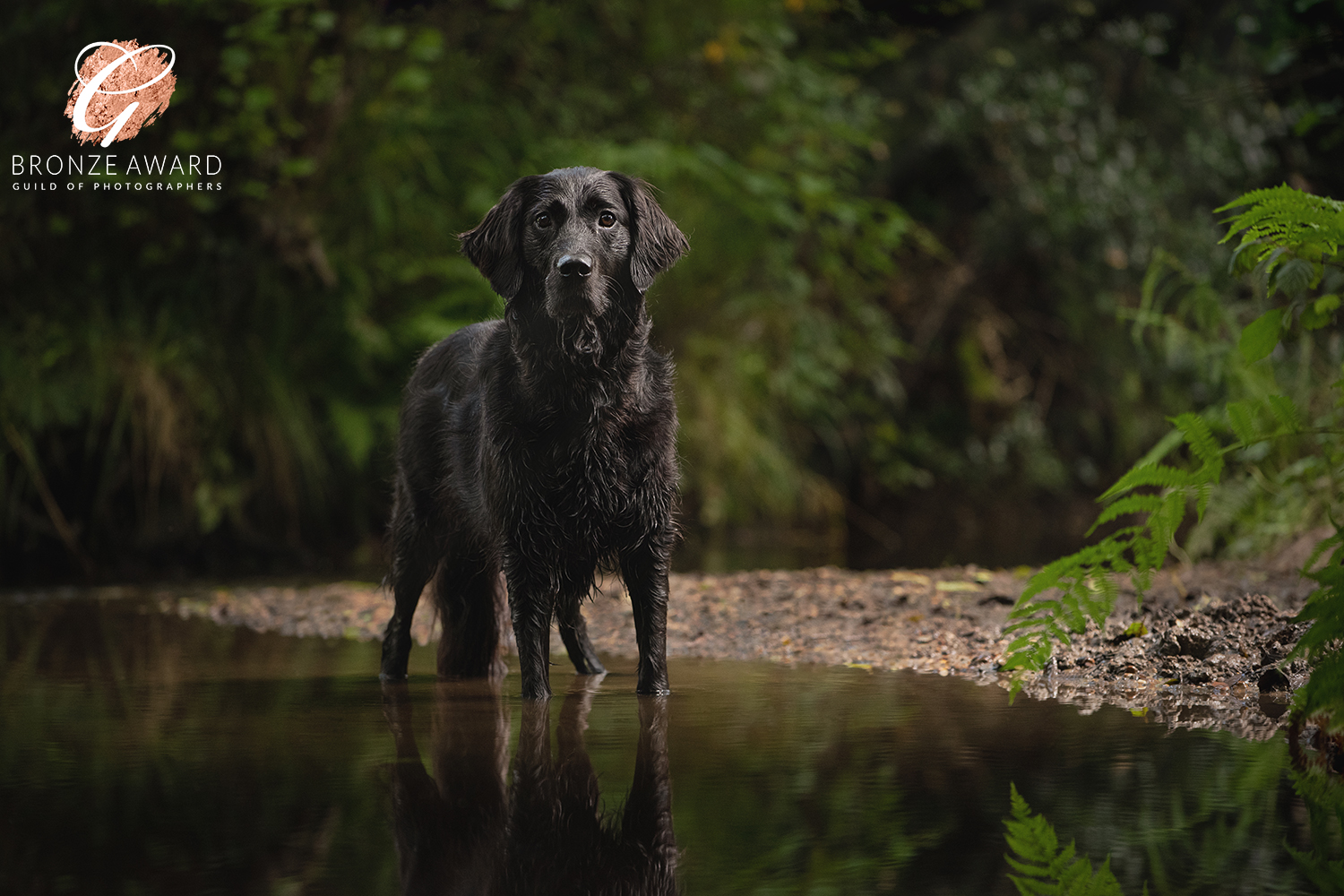 The second image I selected was a little bit experimental! It was taken during Cassie's photo shoot back in the summer, and it was a shot that I liked as it included a bit more of the environment than usual, which really gave the impression of Cassie exploring in the woods.

I decided to go for an atmospheric edit for this shot, which was something a little different for me, but I was really pleased with how it turned out. You never know whether experimental shots will work well or not, so it was really lovely for this shot to be awarded a Bronze Award. 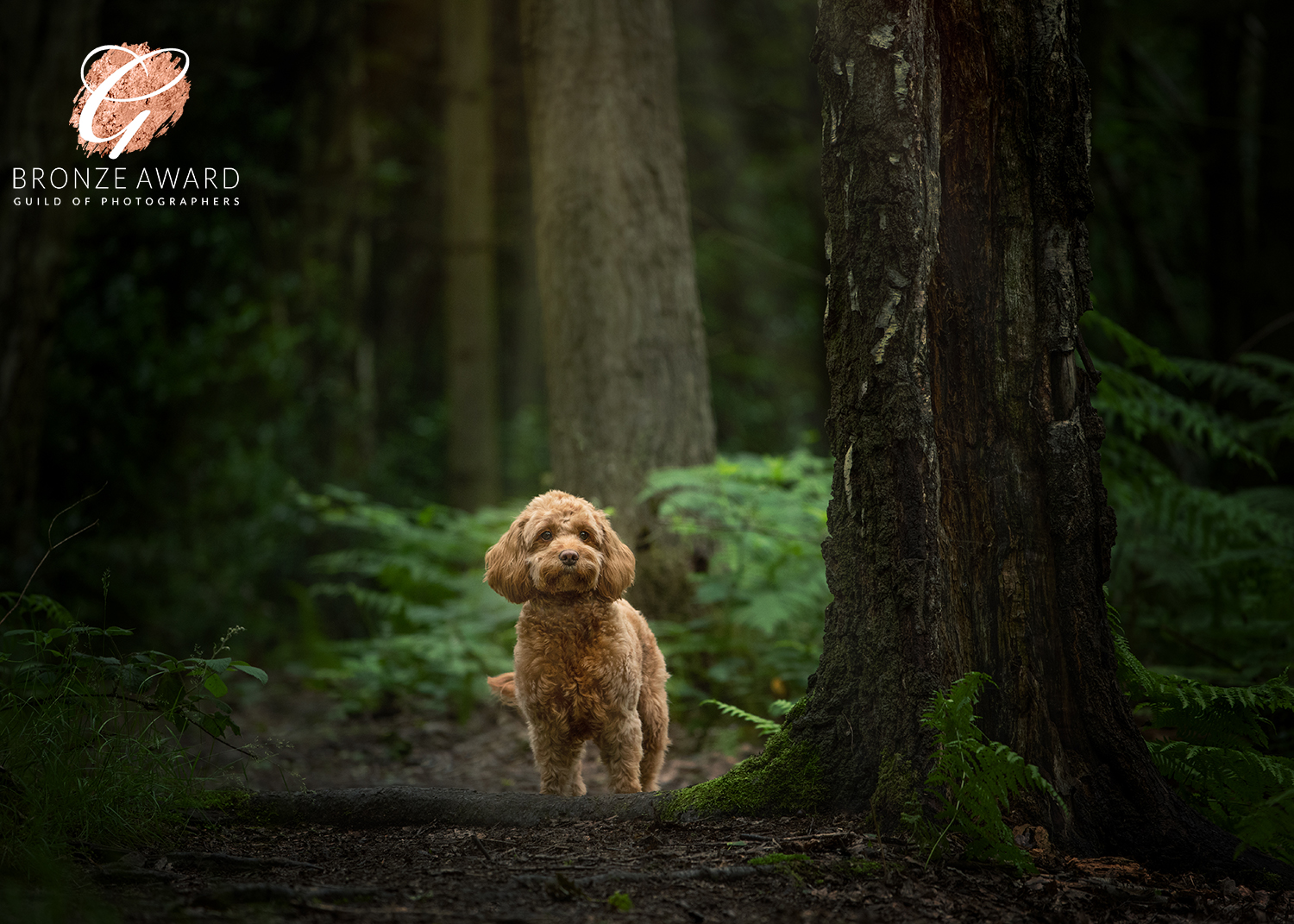 The third image I entered was really to make up the numbers, as you have to pay for three entries. Although I love this shot of Maggie, I knew it was unlikely to get above a Classified as this type of image tends not to do well. There is also the detail of the fencing which would be marked down as distracting. But the most important thing is that Maggie's humans love this image!

I was correct in that it got awarded Classified, but all in all it was a great month to end the competition year with! Looking forward to a couple of months off and then it all starts again in 2022! 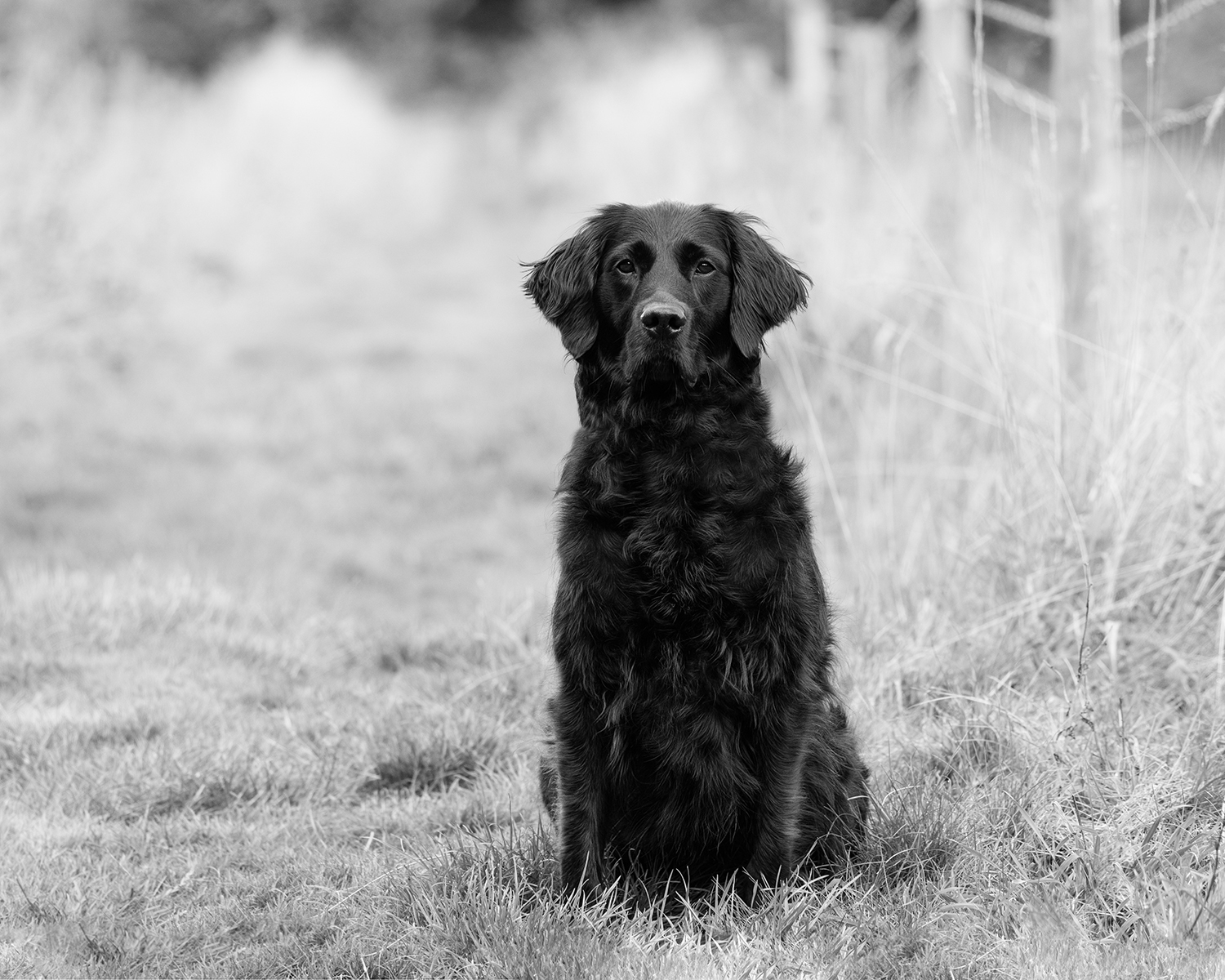