Although photo shoots are back underway, my process means it can be a couple of months between client images being shot and them being "eligible" to enter into the IOM. I always ask my clients whether they're happy for me to use their images in various ways, including sharing on social media and entering into competition, but this always comes at the end of the process, once they've received their artwork - so although I've been doing a few photo shoots recently, it'll be a little longer before I can enter them!

Although you are allowed two months "off" during the competition year if you're aiming for the Photographers Bar, I knew I'd already missed a month this year and wanted to make the effort to enter in case something cropped up in a later month. So it fell on one of the family dogs to take up the competition mantle, and conveniently Sherbet had just had his 6 month photo shoot!

His puppy images were entered into May's competition and, although I absolutely loved them, they obviously weren't to the Judges' taste as they were only awarded Classified. Classified is still a respectable result (70 points out of 100 and a professional standard), but I was disappointed  that they didn't do better. It just shows that the images I and the clients love aren't necessarily those that will do well in competition!

So for his 6 month shoot, we decided to go for some classic, studio style portraits, and I am thrilled that they were all awarded Bronze! 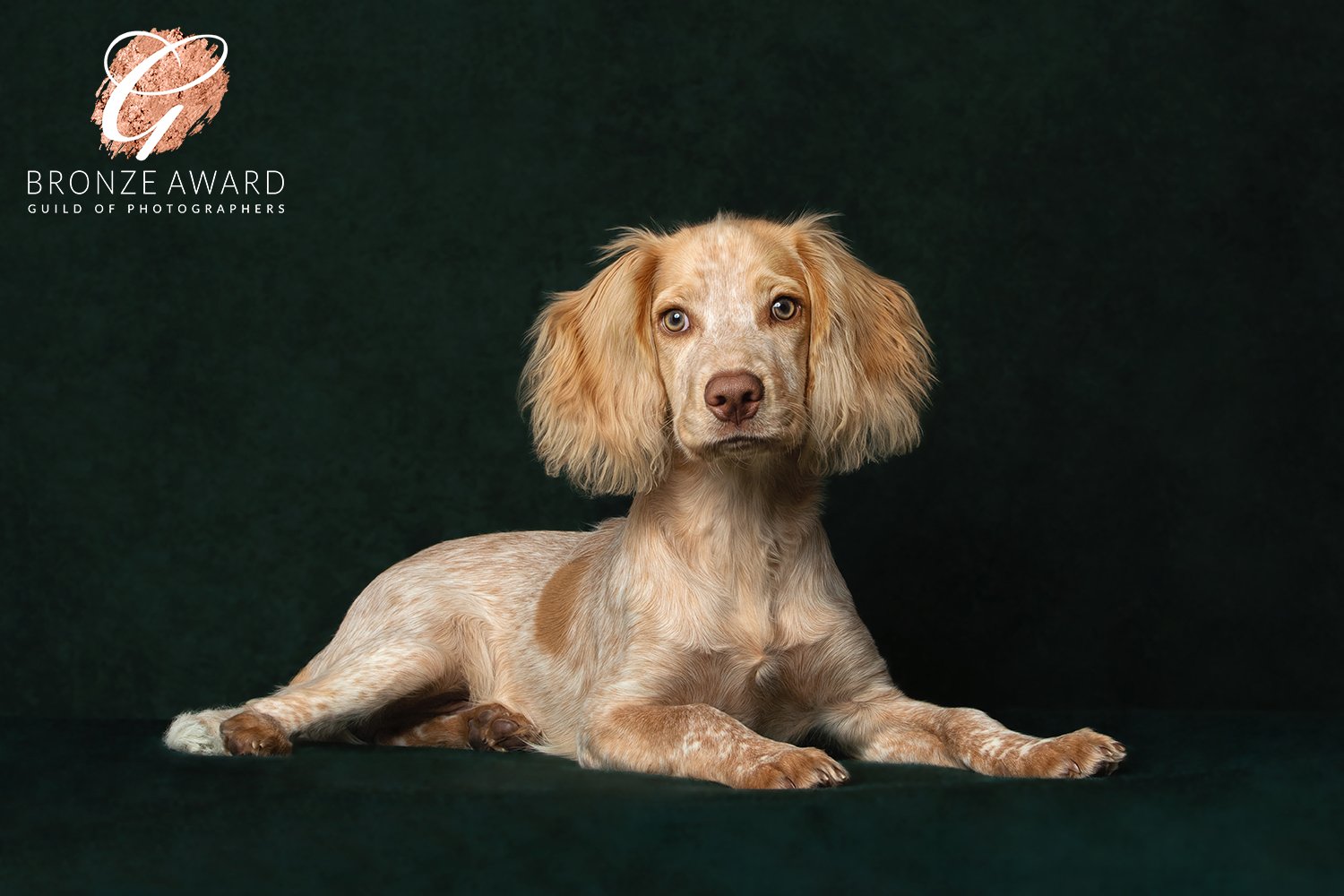 All of these images were taken in my tiny lounge against the backdrop I use in clients' homes. Sherbet is a proper little livewire, so he wasn't overly keen on waiting to have his photo taken or looking in the right direction - however we had a secret weapon!

We knew that Sherbet has a liking for the GoCompare adverts - every time he hears that catchphrase, this little head pops up and he looks at the TV. So, we loaded up the ad on youtube, got the camera ready and pressed play. As you can see, we had some good results! 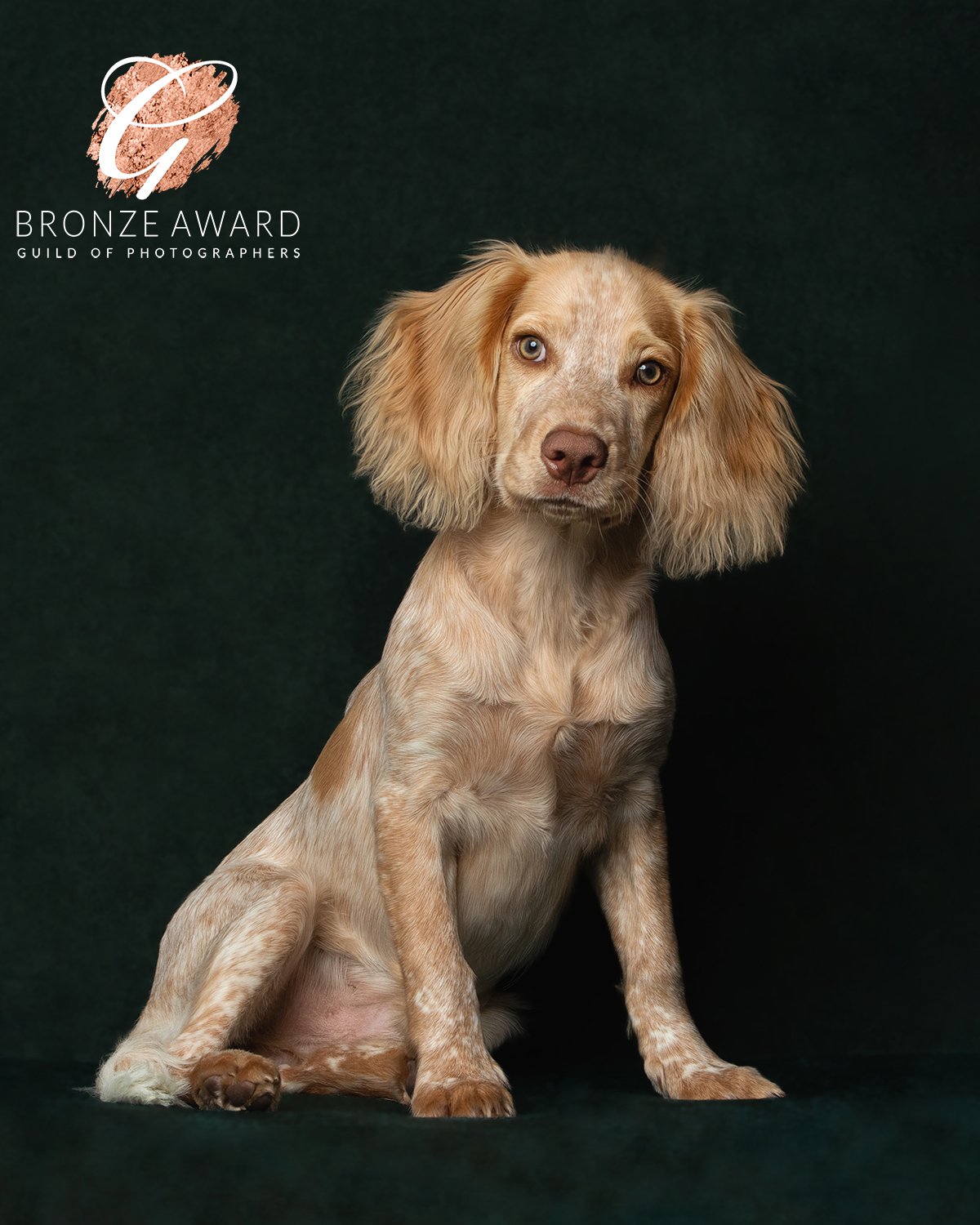 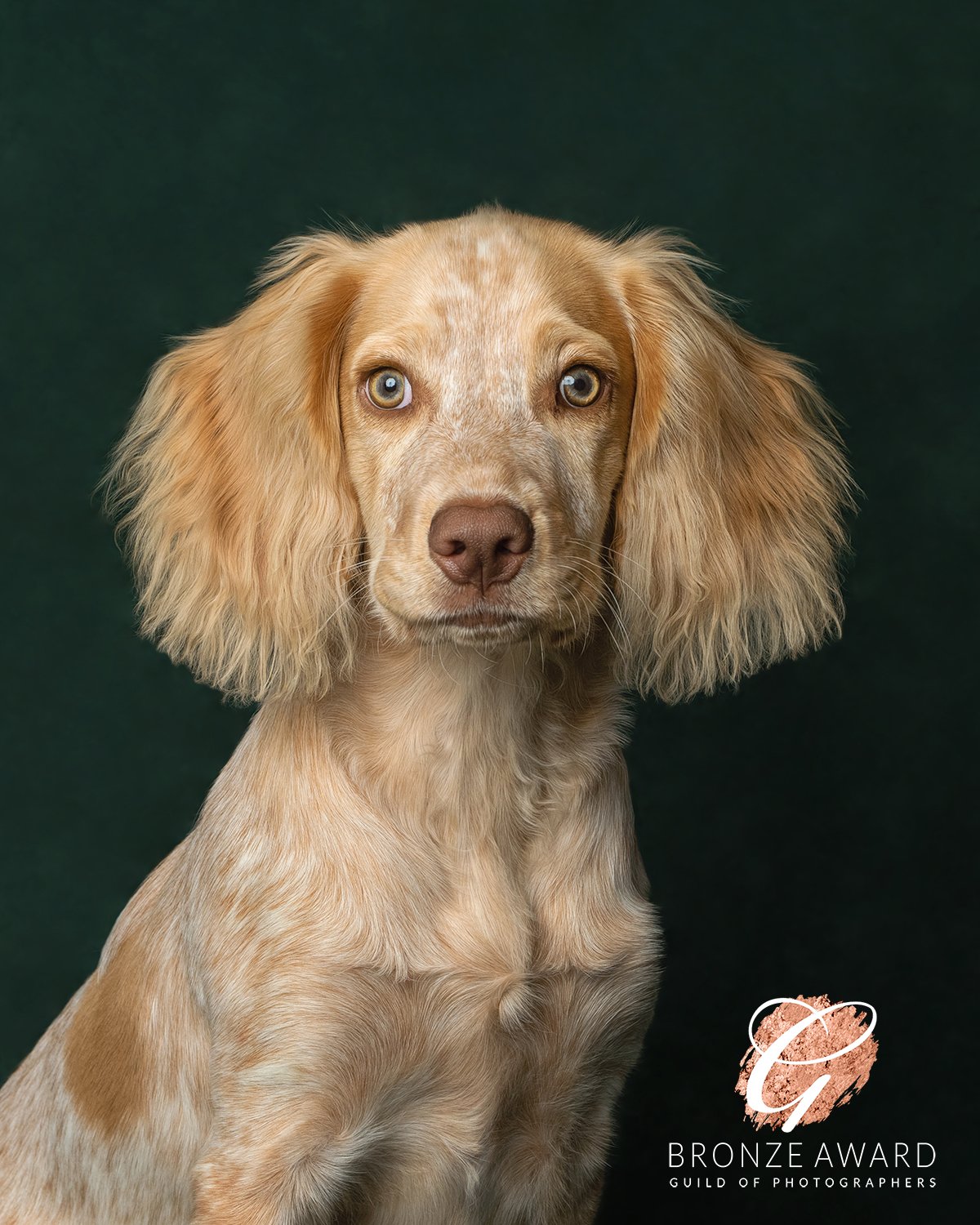