I absolutely love photographing puppies - they're so much fun because they're cute and inquisitive, and you never know quite what's going to happen!

Back in the autumn, Ruby's Dad contacted me about getting a Gift Voucher for Ruby's Mum's birthday, as this beautiful girl had just joined the family and they wanted a photo shoot for her. They decided on an At Home Studio Style photo shoot as she was still very young and easily distracted outdoors.

The great thing about an At Home Studio Style photo shoot is that it takes place at your home, so your new puppy is in a completely familiar environment. For Ruby's photo shoot, we set up in the lounge and after she'd had a good sniff of everything, we began to ask her to pose - and as you can see, she completely rocked it! 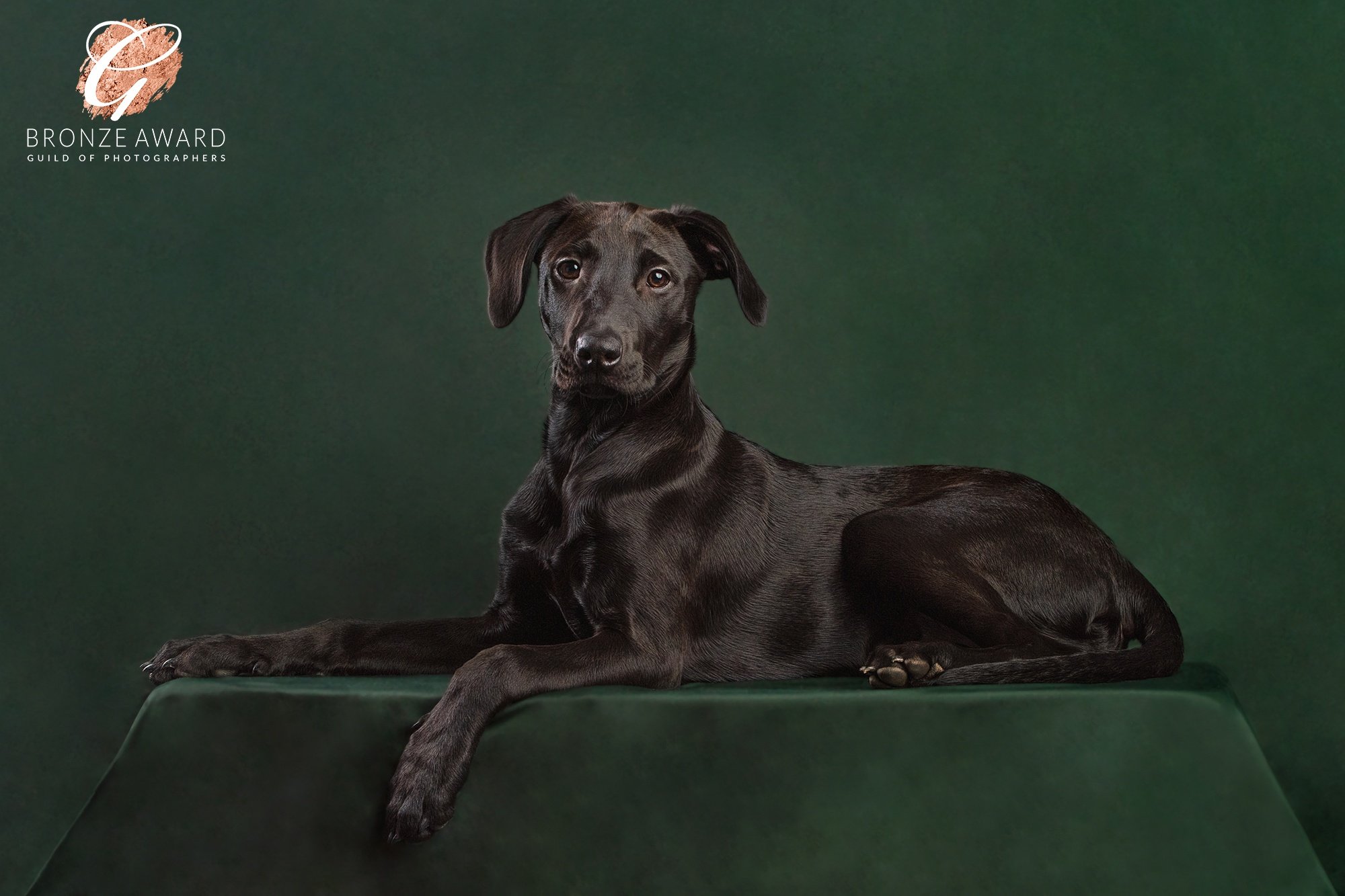 Sometimes the best shots from a shoot are the unexpected ones! I normally bring along a couple of suitcases which work really well as props, and as I was bringing them into the house, Ruby's Mum commented that she had one just like mine, but it was from Ruby's Dad's time in the navy and was covered in stickers & the names of places he'd been stationed.

Well, my ears pricked up and I asked if they had it somewhere handy & if we could use it?

They did - and we got Ruby to pose with the case to create a beautiful shot that really encapsulated a very personal part of their family history as well, and meant so much to Ruby's humans.

You absolutely wouldn't believe Ruby was only 16 weeks old when we captured these portraits of her, she was an absolute star throughout the whole experience!

Ruby has kindly answered a few questions to tell you a bit about herself and what she thought of the photo shoot: 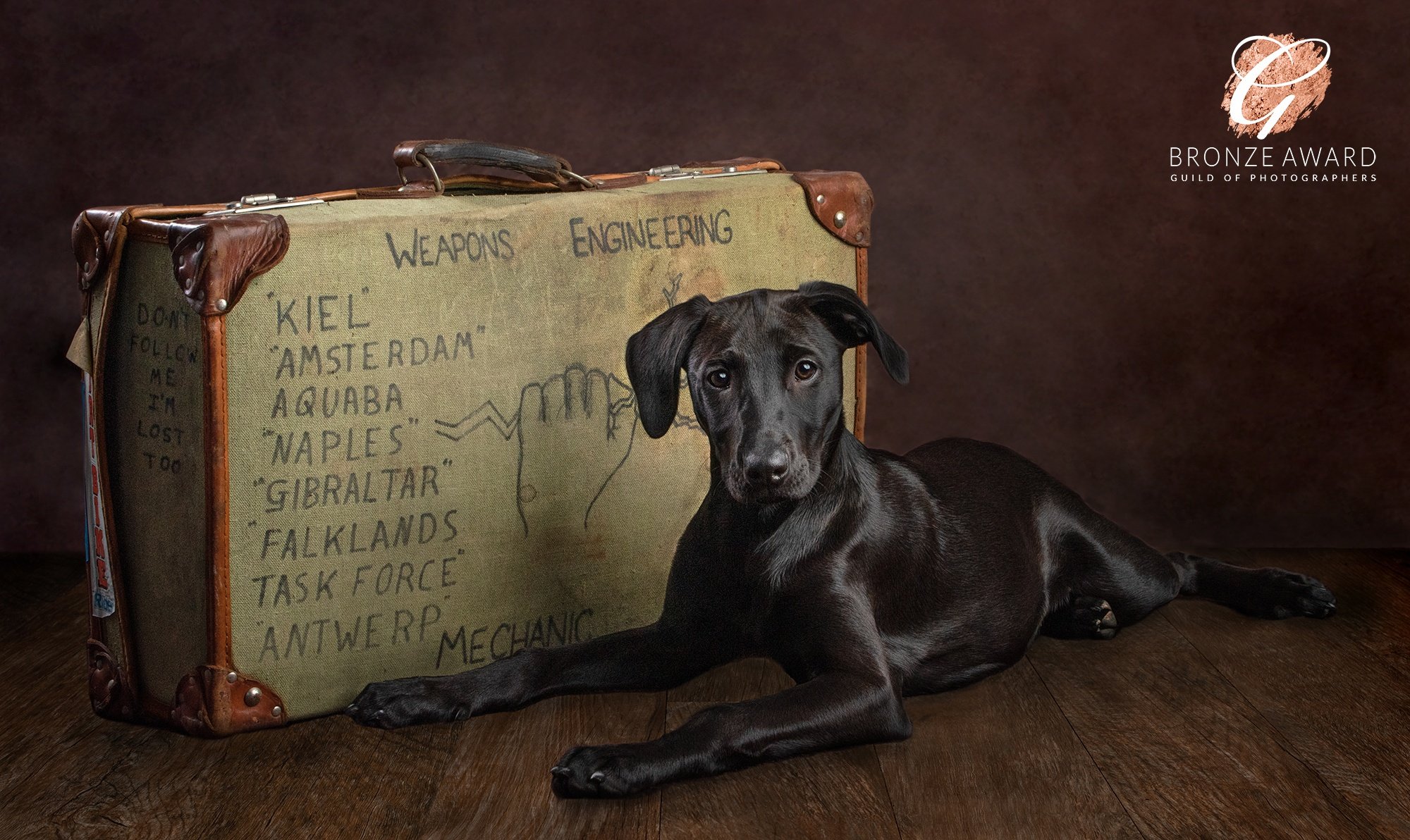 How did you originally come to live with your humans?
They came to see me with my brother and sister, then came back a week later and brought me to were I now call home.

What's your favourite toy?
My pink Pig as it squeaks, I also like to run for my ball when it is thrown for me to chase.

What would your human say is the naughtiest thing you've done?
Digging holes in the Garden. (I like to do it when my humans are quietly watching TV. Then I come in for some fuss. ha ha)

What place or walk would you recommend to your doggy friends and why?
We have just had a holiday in Portsmouth so I enjoyed Portsmouth common were I chased my ball and all the other dogs were friendly and everyone said I was beautiful and I got lots of fuss. Bradgate park is good too.

What's your favourite thing to do with your human?
Going for a walk, playing with my ball.

Why did your humans decide to bring you for a photo shoot?
Because I'm Beautiful.

What did you think of your photo shoot? What was your favourite bit and why?
I was excited to meet you. There with lots of new things to smell. Then I got lots of treats for sitting and laying down and being told I was a good girl.

What did your humans think of the portraits / artwork they received?
They think they are beautiful and catch me in different ways. They are happy with the portraits they picked, but know that you will always keep all the others on file if they ever wanted to order any different ones. 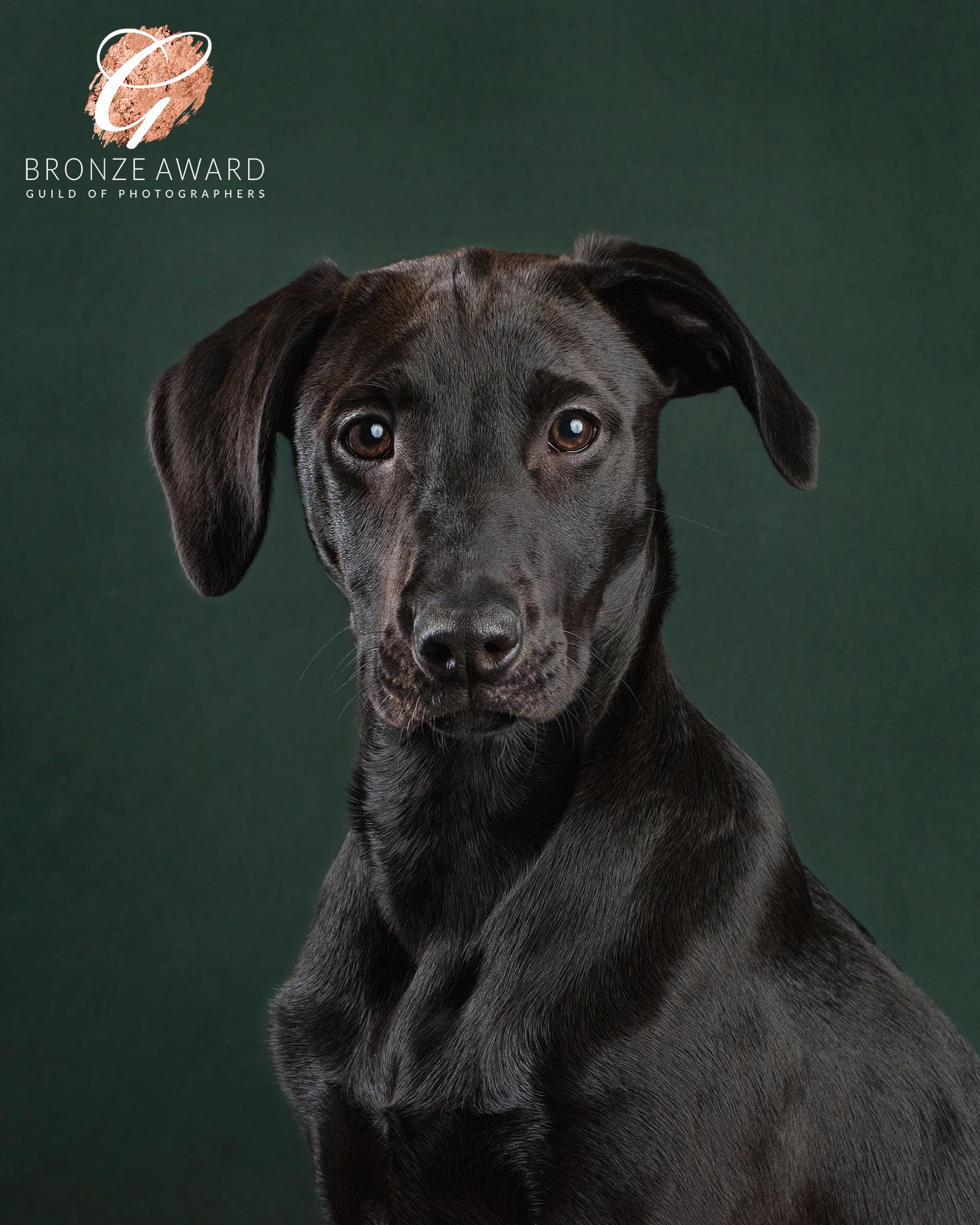