At the end of December, in a Facebook group, I was asked what my favourite photo of 2020 had been.

Now, obviously 2020 has not been a normal year, and along with everyone else I've been photographing fewer dogs that I would in a normal year - but still this one particular image sprang straight into my mind - and it's an image that has been top secret until now!

It had to be this image of Tommy and Pelucchi, from Pelucchi's charity calendar photo shoot. Let me tell you a little bit about this shot - behind the scenes! 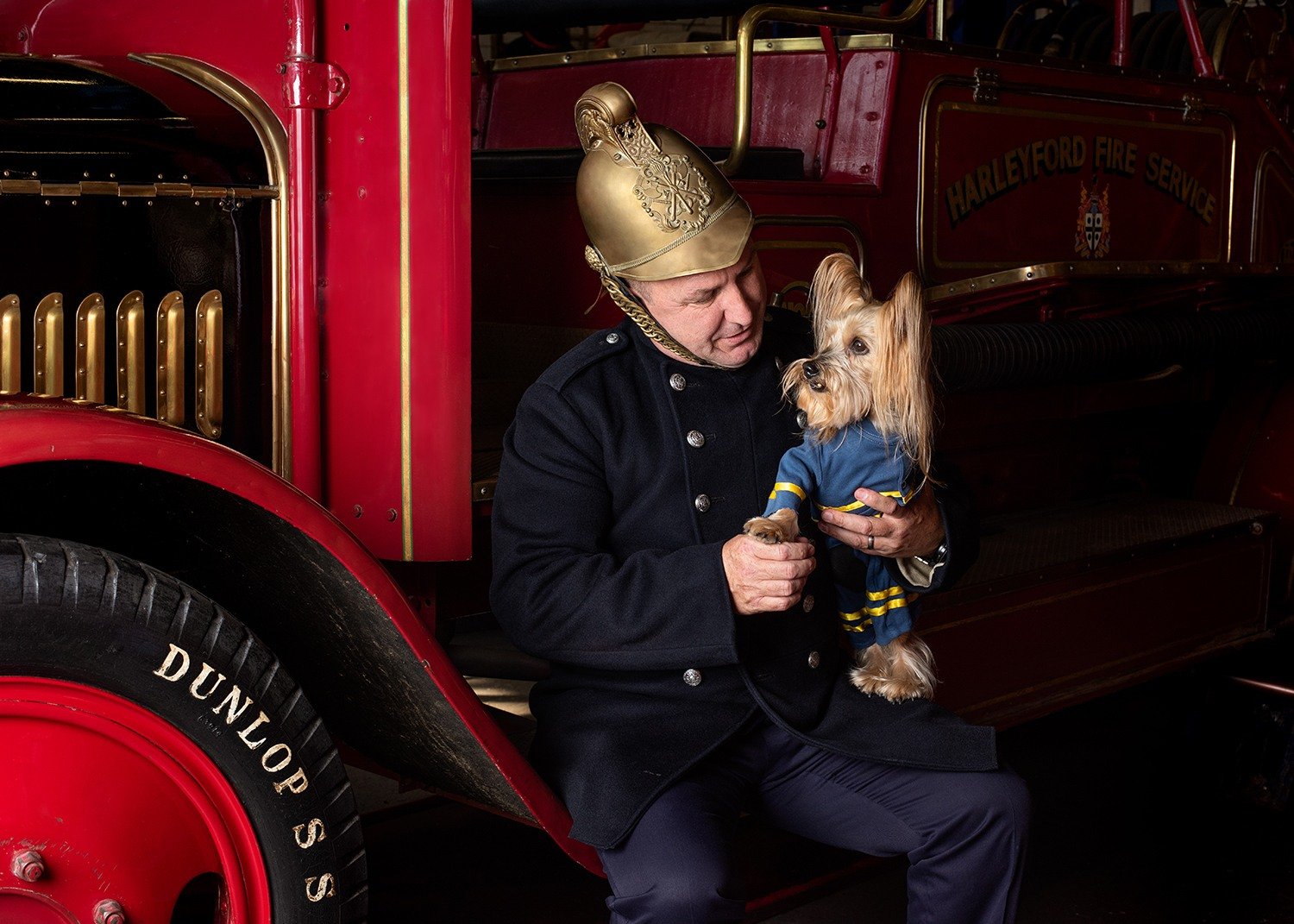 It was back in May that I was asked to take part in the charity calendar project by Pelucchi's "utterly uselessness PA", and the original concept was that the calendar would be shot on location at the National Emergency Services Museum in Sheffield (it grew a bit and we ended up in Scarborough, York and a couple of Leicestershire locations too!)

We were fabulously lucky that the museum was completely onboard with the whole concept of the project, and was happy for us to use any vehicles or outfits we wanted, including rearranging whole displays and using old medical boxes containing old bottles that still contained some recognisable and more questionable medicines! They were also fantastic at producing pretty much anything we asked for, including hats to match outfits, astroturf, a fire bucket and a full santa suit and presents (we think they have a whole Hogwarts Room of Requirement hidden upstairs!)

We took several shots based around this fire engine, with Pelucchi and his BFF Tommy in the driving seat, and the idea popped into my head that a shot of Tommy sitting on the footplate and holding Pelucchi might work. I would love to say this was all planned and I knew how it would turn out - but no, it was a split moment of inspiration!

I'm not particularly good at directing people - I much prefer to watch and wait for the right moment - so other than saying to Tommy "oh just look at Pelucchi", this was just a natural pose and a click of the shutter. In fact, this was actually the third shot in this position. The first two were ok, but in this one Tommy has tilted his head slightly downwards towards Pelucchi, and it just made the shot.

For me this was absolutely the shot of the whole project.

There is so much I love about it - the storytelling, the romanticism, and my own sense of achievement and creativity behind the scenes. That's why it's my favourite image of 2020.