So September was a bit of a last minute, frantic rush to enter - in fact I wasn't even sure I was going to enter this time round! I already had enough points AND enough months entered to get the Photographers' Bar, and what with a charity calendar project and couple of other shoots in the pipeline, I was rushed off my feet.

But what can I say - the addiction of entering IOM was just too much to resist! 😉

I'd been thinking about using bubbles for a little while - but I needed the assistance of my husband, and he's been a little busy rebuilding a TR6 recently! But when we had a spare 10 minutes, I set up the backdrop and lights in the lounge, gave him a pack of bubbles and asked him to blow them across the backdrop as I photographed them.

Photographing bubbles is REALLY hard!! It's tough for the autofocus to lock on, and they drop & pop so quickly! But in the end, I managed to get a few shots I could use.

I hate to burst your bubble (see what I did there?) but neither of these portraits were taken with the dog and bubble together - I mean can you imagine getting it lined up that perfectly?? In both shots the dogs are looking up at their humans, and the bubbles have been Photoshopped into place.

Winnie came along to a mini shoot in December - and she was a real live-wire! Being a miniature dachshund she was just the right size to get under all the chairs and tables - so we had great fun keeping her in the right place to have her photo taken! 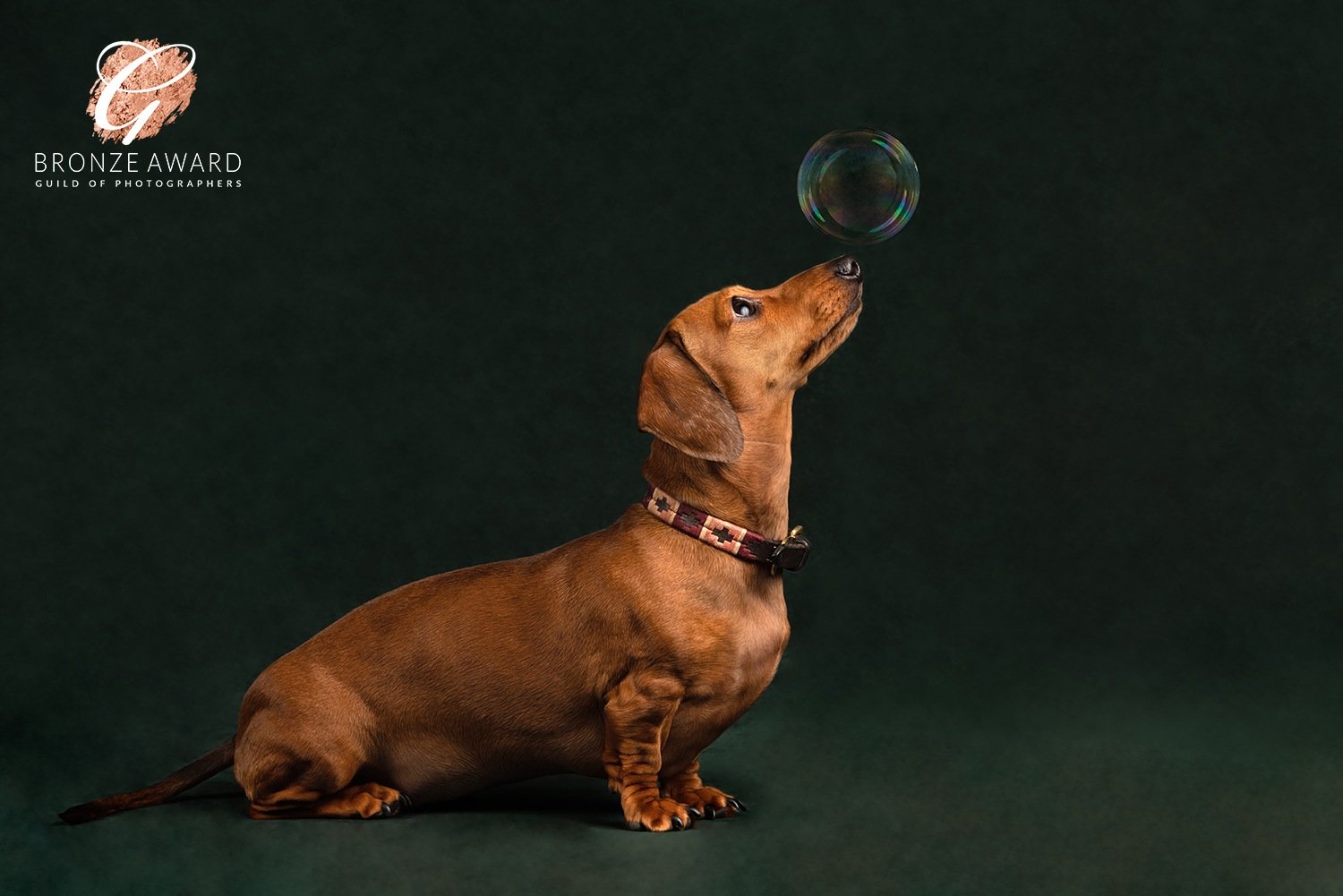 Duvel the schnauzer was 11.5 years young when he had his mini shoot with me back in November of last year! This was the image that originally made me think of creating the bubble shots - I loved the pose, but felt he needed a focus point to be looking at, particularly when it came to entering the image into IOM.

I was thrilled with how well both the bubble shots worked out - achieving two High Bronzes was fantastic! 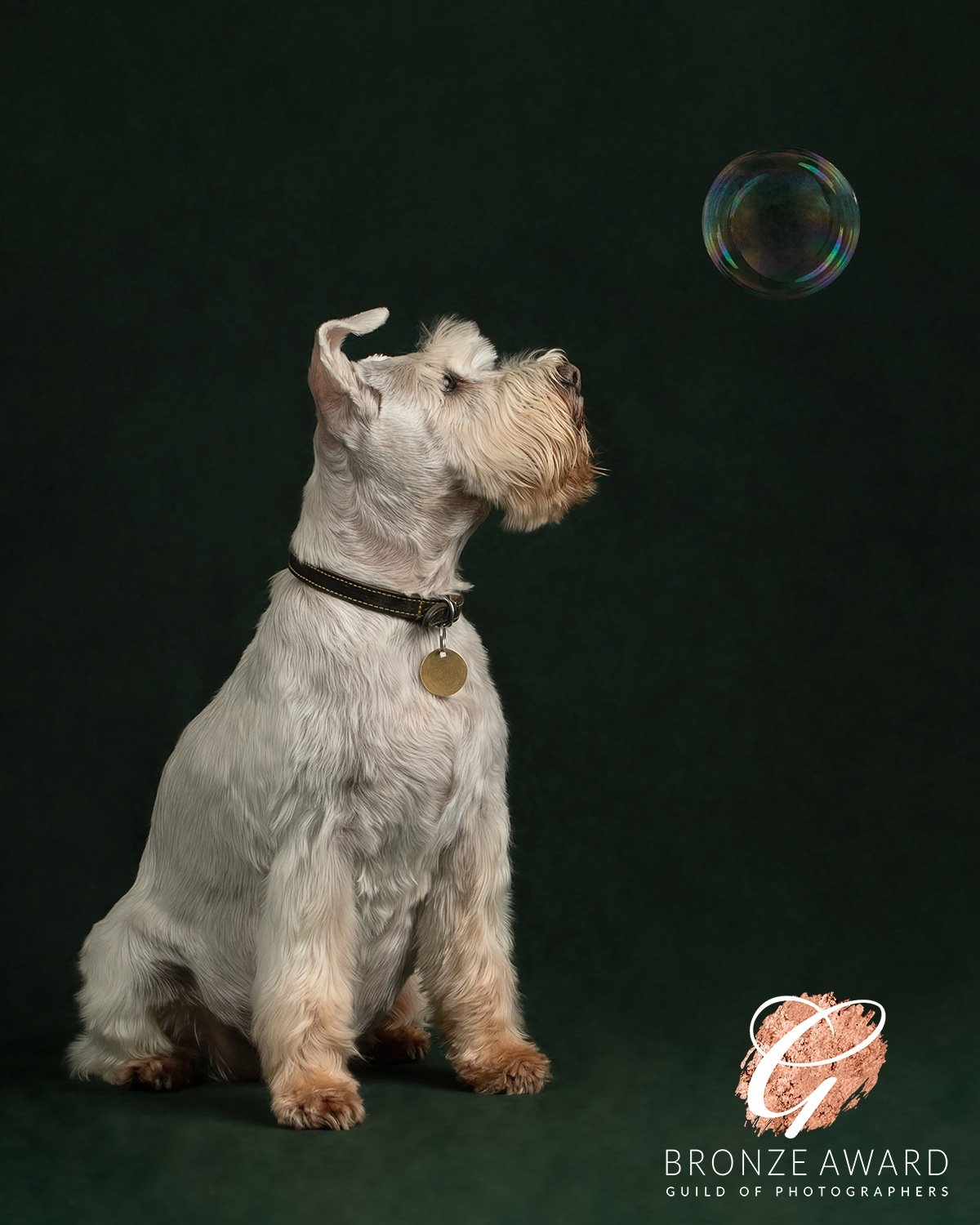 My third entry this month was something a little different - a pony and an iPhone shot! This way taken at Haytor on Dartmoor - we were staying at the Moorlands Hotel just on the edge of the moors and went for a stroll up to the rocks. We met several ponies on the way and the views from the top were magnificent!

Just as we were about to head down, we watched this young horse walk up the ridge - a quick snap, and a bit of editing in Snapseed, and this was the result!

I entered this image in IOM to make up the numbers, not really expecting much if I'm honest! So I was thrilled to be awarded a Classified for this shot - it's great to know that even an image taken with an iPhone camera can be given a grade signifying a competent and professional level. It's not about the camera! 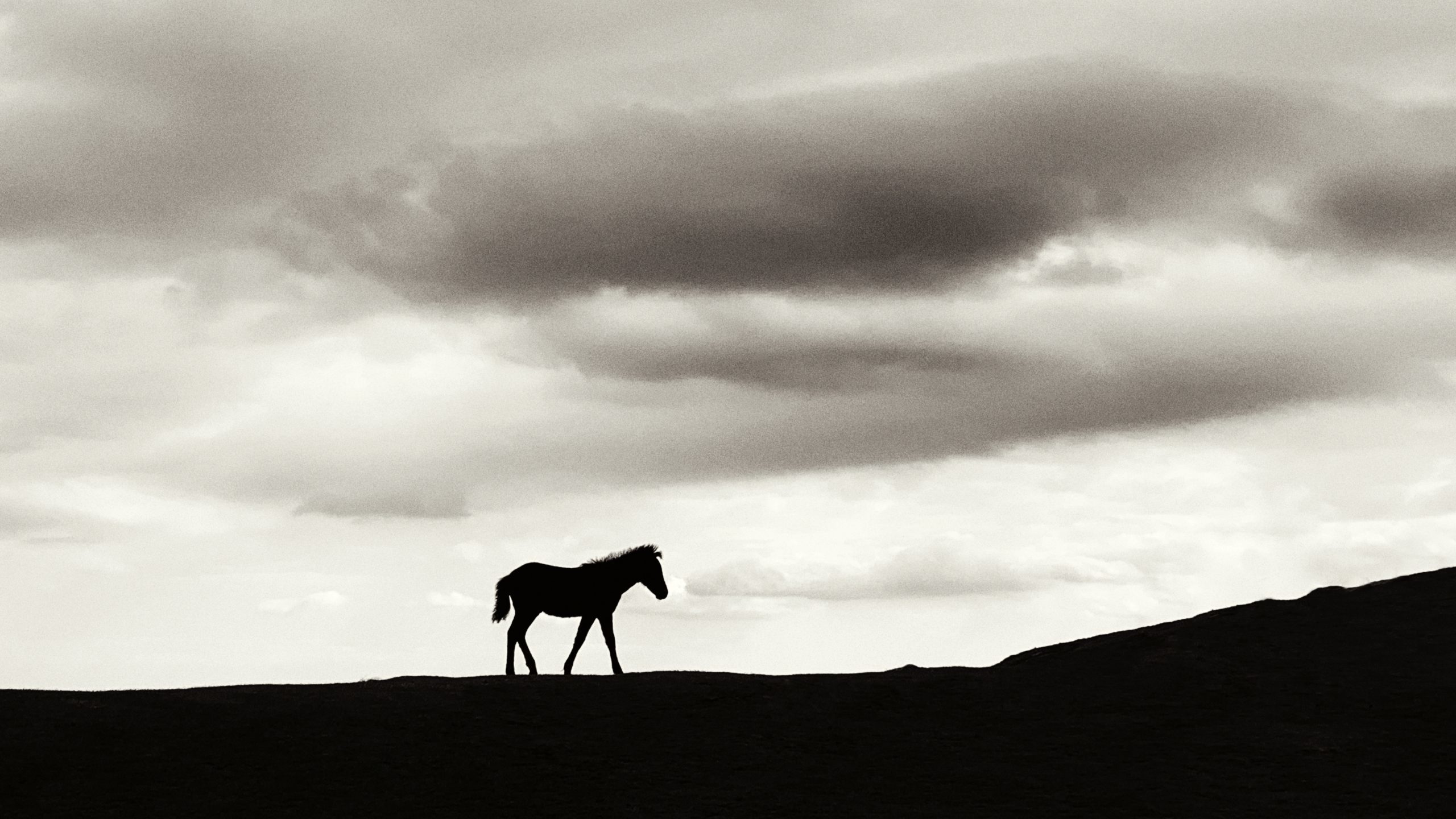