2020 is becoming a super consistent year for me with Bronzes being awarded every month so far. In some respects it has been one of the hardest years, as so far there hasn't been too much opportunity for new shoots, meaning it's been a hunt through the archives to find images to enter.

This month's entries all came from 2019, starting with a couple of shots from a day spent with friends at Cotswold Lavender. We had a variety of different doogy models join us for the day, which was brilliant as we got to try lots of things with different dogs.

Archer the Beauceron was one of the first models I photographed during the day. He was only about 11 months old at the time, but well on his way to being a gorgeous boy! The original shot was much more bland here, but I have used Photoshop to add more purple and the enhance the appearance of shooting through the flowers.

I actually spent a lot of time with this image before entering it, as it was one I'd only given a cursory glance at during my initial edits. It paid off as this was awarded High Bronze! 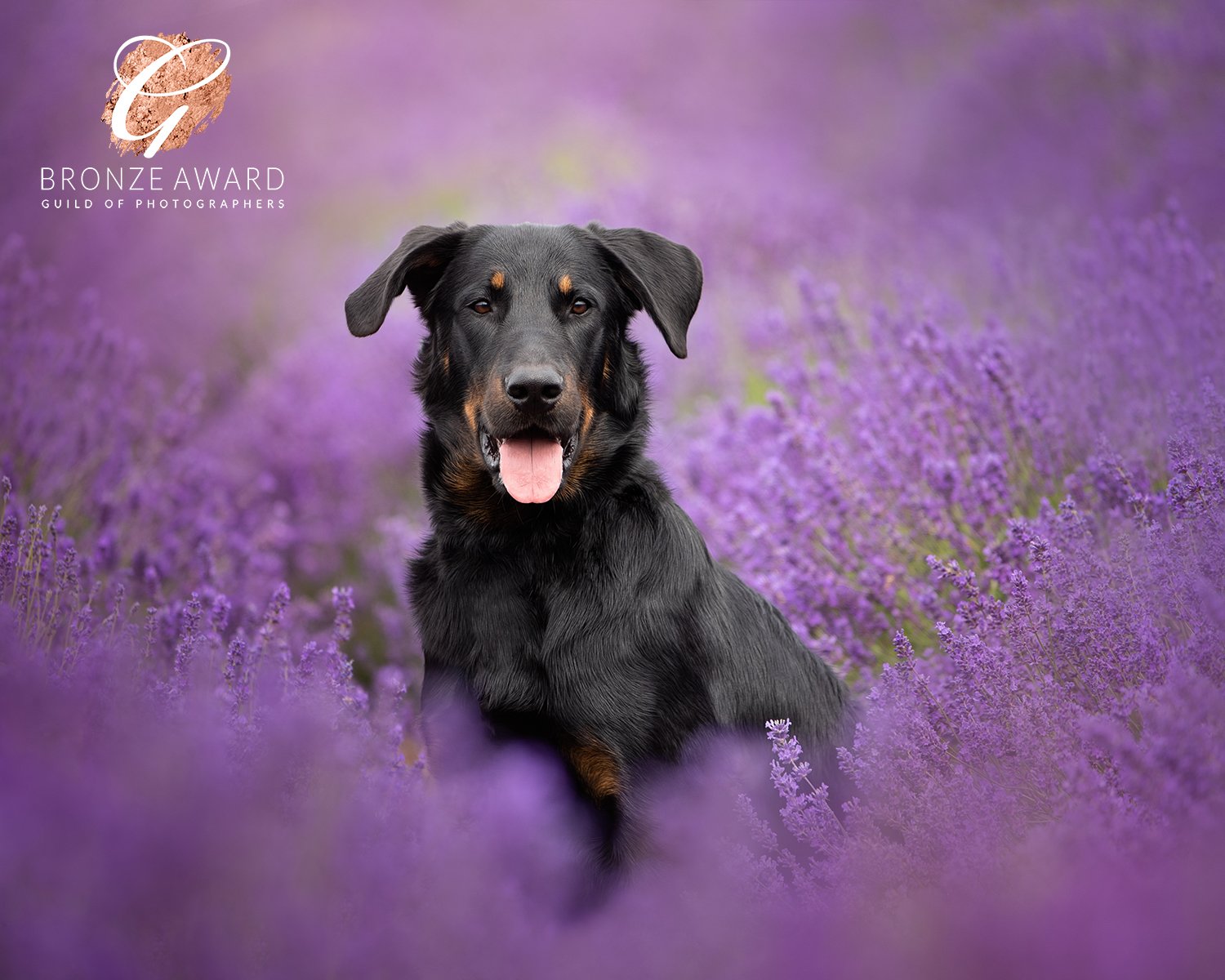 The first of my two Bronze awarded images is this shot of Lola in the Lavender. In contrast to the previous image, this was a super quick edit as I was running out of time to get it done before the competition deadline! I love Lola's cheeky smile though in this one, you can really see her character coming through. 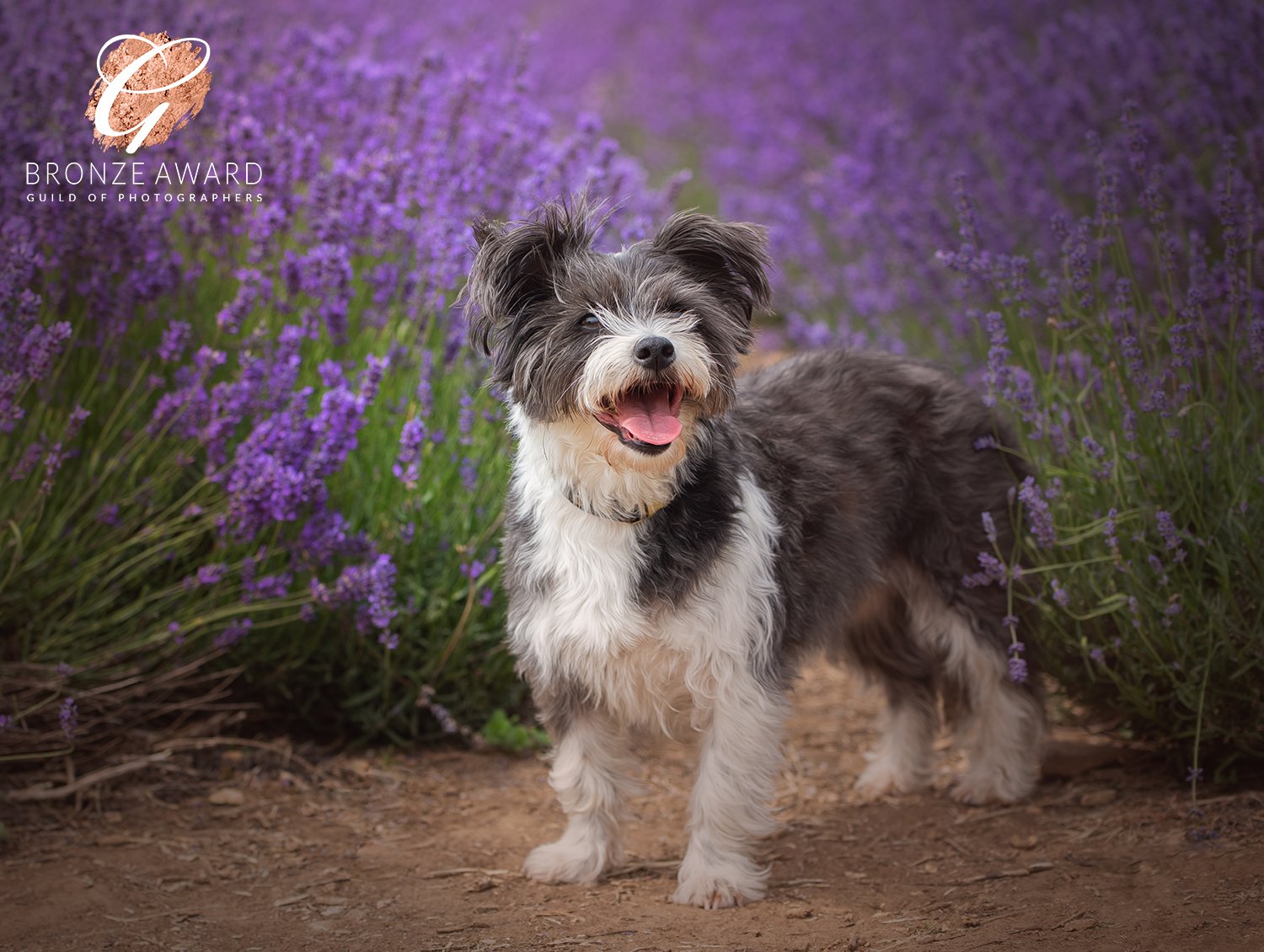 Belle and Max had their photo shoot with me WAY back in February 2019 - I told you this was a trawl through the archives! Their photo shoot was split between a Studio Style session, which took place is their kitchen, and a location session amongst the snowdrops in a private woodland belonging to the family.

Their human loved this image as she said it summed up their personalitiies - Belle being a little bit serious and Max being a bit more lighthearted!

It was lovely to be awarded for an image that was a favourite for my client as well. Clients love images where they can see their dogs' personalities, which is what it's ALL about, but that doesn't always mean it is a good competition image, which is judged on the technicalities as well as the story behind it. It's great when you get an image which is the best of both worlds!! 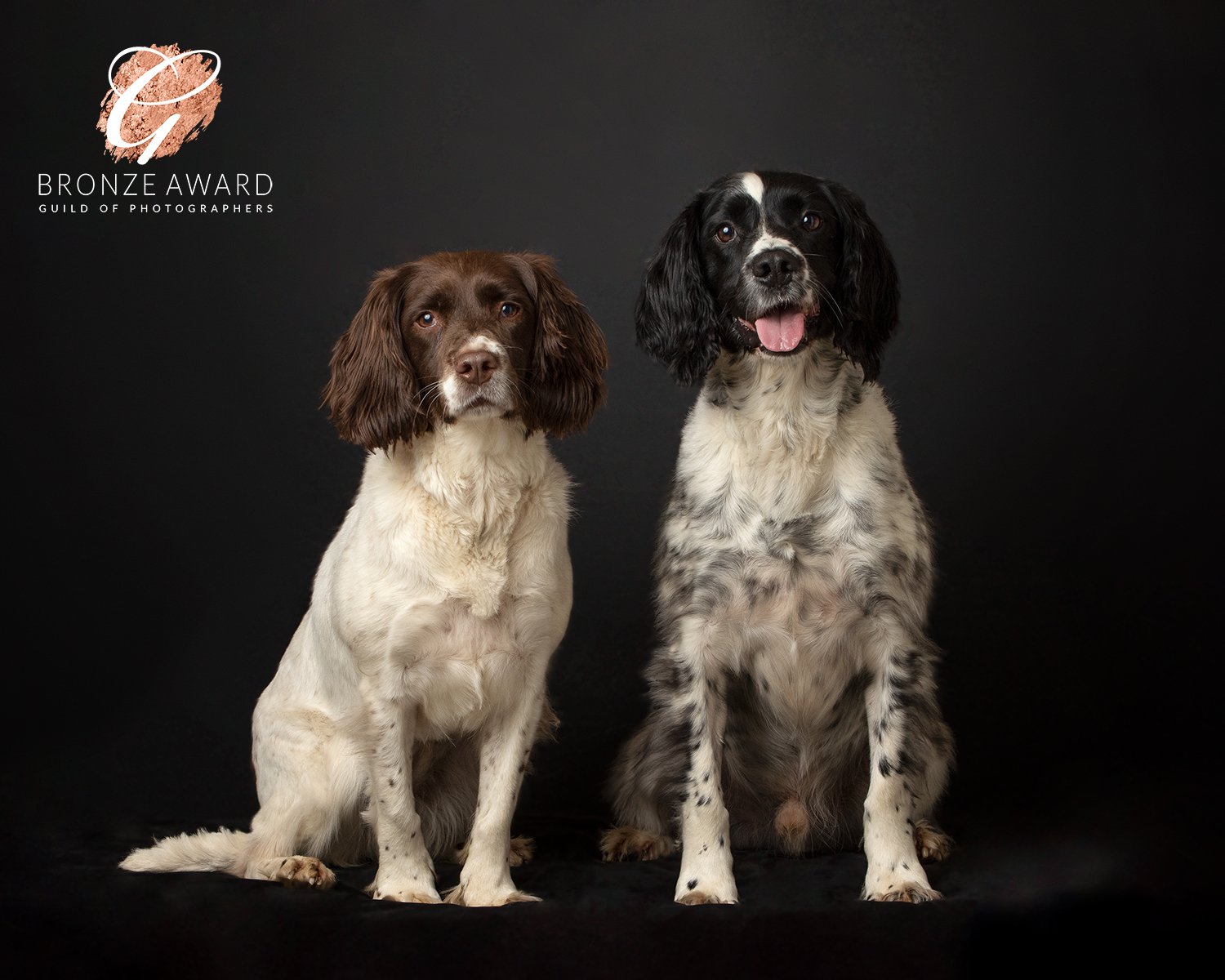 Interested in a photo shoot? Find out more about the options, or let's arrange a  call to chat about what's the best choice for you.