Five places to wander with your dog

There's nothing better than a nice, relaxing walk with your dog, where you can just take your time and enjoy being together. The best kind of walks are those you can take at your own pace and stop and watch the world go by.

There are some great locations in Leicestershire, Northamptonshire and Rutland where you can wander at your leisure - check out my top recommendations below: 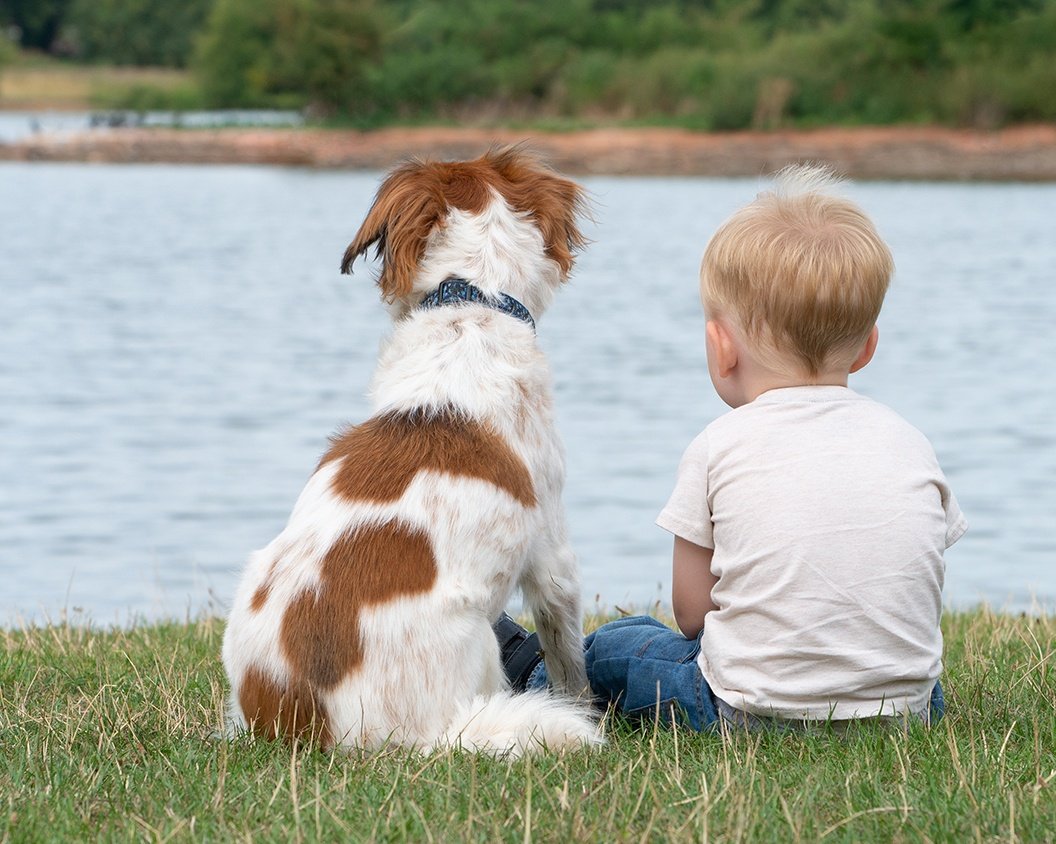 RUTLAND WATER
Rutland Water is a great place for a picnic and fun with the whole family! There are plenty of wide open spaces so you can sit and enjoy the scenic views across the reservoir while the kids run around and burn off some energy.

If you're spending the whole day, you can walk or cycle the whole way around the reservoir, which is about 25 miles if you include the peninsula, or 17 miles if you don't. Otherwise you can enjoy linear walks along parts of the shoreline, hire boats or kayaks, fish, cruise on the Rutland Belle or enjoy some of the other activities on offer.

Fascinating Fact: Rutland Water is a breeding ground for the osprey, which were hunted to extinction in the UK in the early 20th century. Following successful breeding programmes in Scotland, they were introduced to Rutland Water in 1996 and have gone from strength to strength locally. It's possible to visit the Lyndon Nature Reserve at Rutland Water to find out more about these beautiful birds, particularly Maya, who is the resident Manton Bay female and has been breeding successfully since 2010.

BRADGATE PARK
Bradgate Park is one of my most favourite places. My first visit was on a photography course during the Deer Rut, and I've visited many times since then at different times of the year. It's such a beautiful place with plenty of space to wander and explore. The Deer herds are fairly used to humans and it's a great place to be able to photograph an animal which is normally very wary of humans in the wild.

I like to bear left and up the hill from the Newton Linford car park, and heading up towards Old John Tower and across the heathland, for fantastic views across the whole park.

If you're visiting with your dog it's important to check out the Advice for Dog Owners as there is a Public Space Visiting Order in place to protect the deer. Certain areas of the park have restrictions meaning dogs must be on leads, and they should be under close control at all times.

Fascinating Fact: Some of the trees in the park are over 500 years old - meaning they were saplings around the time that Lady Jane Grey (who lived at Bradgate) became Queen. It's amazing to think that 500 years ago she would have played and sat by those same trees that we walk beneath today!

FOXTON LOCKS
Foxton Locks is great for a relaxing, nostalgic day out. It's famous for two feats of engineering - the steepest and longest flight of locks in the country, and the remains of the inclined plane, which is a magnificent feat of Victorian Engineering. There are boards around the lock area providing visitors with information about the history of the site, as well as the Canal Museum where you can find out a bit more in-depth history (museum is currently closed during lockdown).

You can enjoy your visit exploring the lock area or explore a little more of the canal with the choice of several circular walks along the towpath and around the local fields and villages, then enjoy some refreshments with Foxton Locks Inn, Bridge 61 and the Top Lock Cottage Cafe all nearby.

Fascinating Fact: Foxton is a series of 10 locks originally built in 1810 to link the north and south of England by canal. It raised boats a massive 75 feet and would take an hour for a cargo boat to pass through all ten locks. The inclined plane was built alongside the locks in 1900 and was able to lift a boat in 12 minutes, but was expensive to maintain and therefore only lasted 10 years.

IRCHESTER COUNTRY PARK
Irchester Country Park is a great place to go and get lost in the woods! There are some open meadows close the the lower car park area, but most of the park is woodland, which is great to get some shade on those sunny days, as well as give your dog the opportunity to practise some doggy parkour!

The three trail walks are waymarked with benches approximately every 200 metres, ranging from an easy access 15 minute stroll to a 2.5 mile exploration with 1:12 gradients. There is also a cafe, toilets, children's play areas and railway museum onsite.

Dogs are allowed off-lead in certain areas provided they are kept under control, but are not allowed in the play areas.

Fascinating Fact: Irchester Country Park is the oldest country park in Northamptonshire, and was originally an ironstone quarry. The old quarry face has layers of rocks and fossils and is a Regionally Important Geological Site, with the ironstone and limestone rocks being formed over 165 million years ago.

BROCKS HILL COUNTRY PARK
I always think Brocks Hill is a bit of a hidden gem, as you wouldn't know it was there! Located in Oadby, it is tucked behind the Parklands Leisure Centre and used to be a mixed farm. It includes a mix of traditional Leicestershire landscapes including ridge & furrow fields, hay meadows, mature trees and woodlands, creating a wonderful mix of scenery for you to explore.

There are several trails around the country park, as well as a small visitor centre & cafe, permanent orienteering course, den building area and two play areas, so there is plenty to offer for the whole family. Dogs are allowed off-lead but should be under close control, and visitors should follow the Dog Walkers Code of Conduct.

There are also 3Kms of hard-surfaced paths around the park to allow for low mobility and wheelchair access.

Fascinating Fact: Although a very young country park (opened in 1999), there has been evidence found of Bronze Age habitation within the area, as well as medieval shards of pottery!

So what about you? Do you have any recommendations of places to wander with your dog? Let me know in the comments!