It was another waltz through the archives for IOM entries this month, and I'm beginning to feel the pressure of finding images after lockdown - but the good side is that I'm considering images I might not have otherwise entered!!

I'm never sure what to expect when results day rolls around - it's a very nervewracking experience when the time comes to click the button and find out how images have scored. I'm never quite sure whether there's an editing error that I've missed!

I was thrilled to be awarded a High Bronze and two Bronze Awards for my June entries! The image of Daisy the Ridgeback in the lavender fields was awarded High Bronze, and was taken last July on a photography day out with friends. The lavender fields are absolutely stunning, and I was hoping to be able to run mini sessions this year for my clients - but unfortunately due to the pandemic I took the decision that it was a little too far to travel. I'm planning these for 2021 though - so let me know if you're interested!

My first edit of this photograph was much more basic, but for competition I decided to ramp it up a little. I was really pleased with how the edit turned out! I had hoped that it might score higher, but one of the reasons it may not have done is because the field rows at the top of the image are distracting. It was something that was mentioned in my buddy group before I submitted the image, but for me the field rows add context, so I made the decision to leave them in. Entering competitions can be a compromise between artistic choice and what will do well, but I'm happy with the image as it is - which for me is the most important thing. 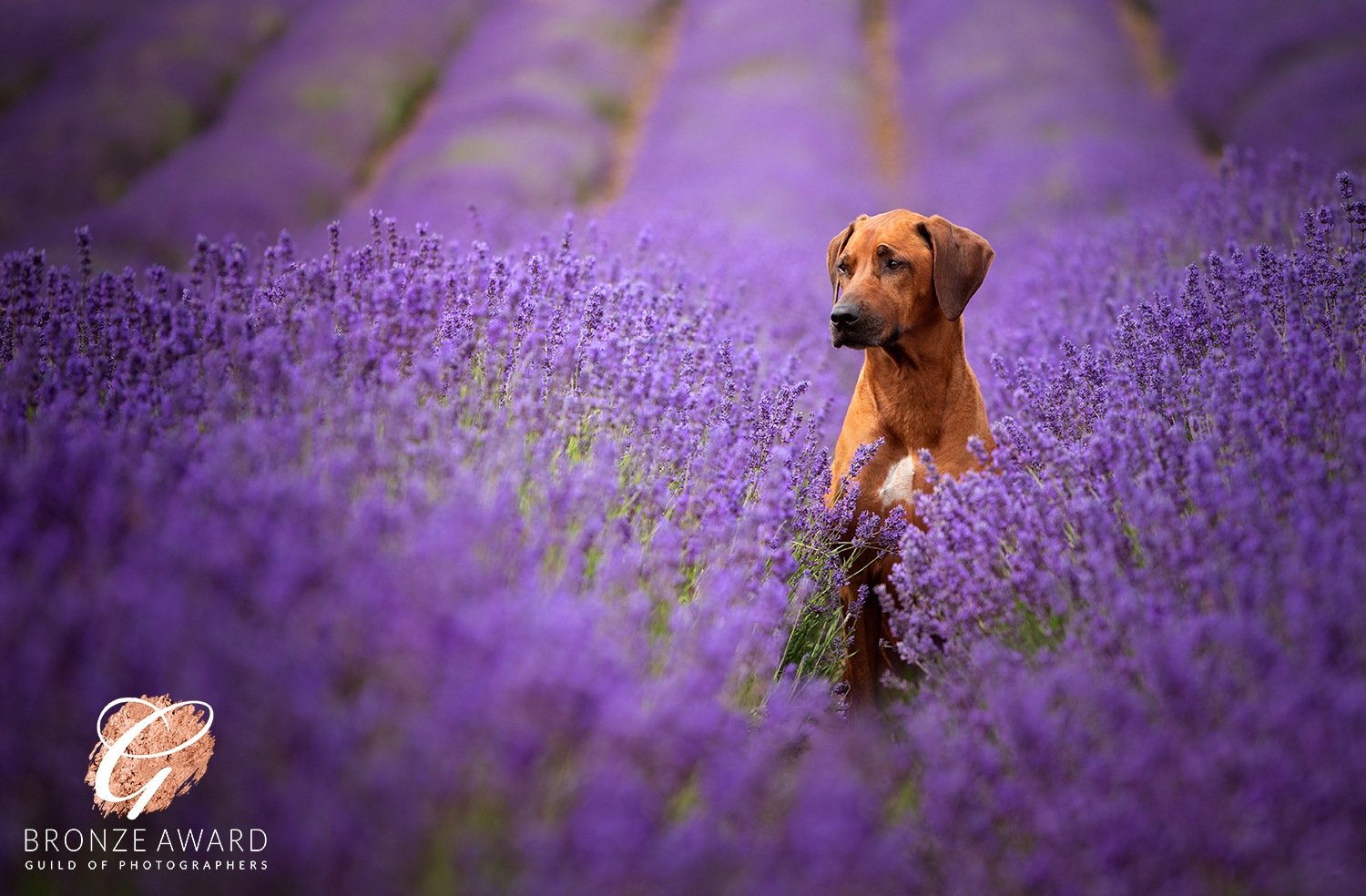 My two Bronze images were both studio portraits. This first image of Frank was taken at a mini-shoot session back in November. Frank is such a fabulous character, and is literally a big fluffy bear that I fell in love with.

He was an absolute star and one of the bes things about him was his lovely smiley face! 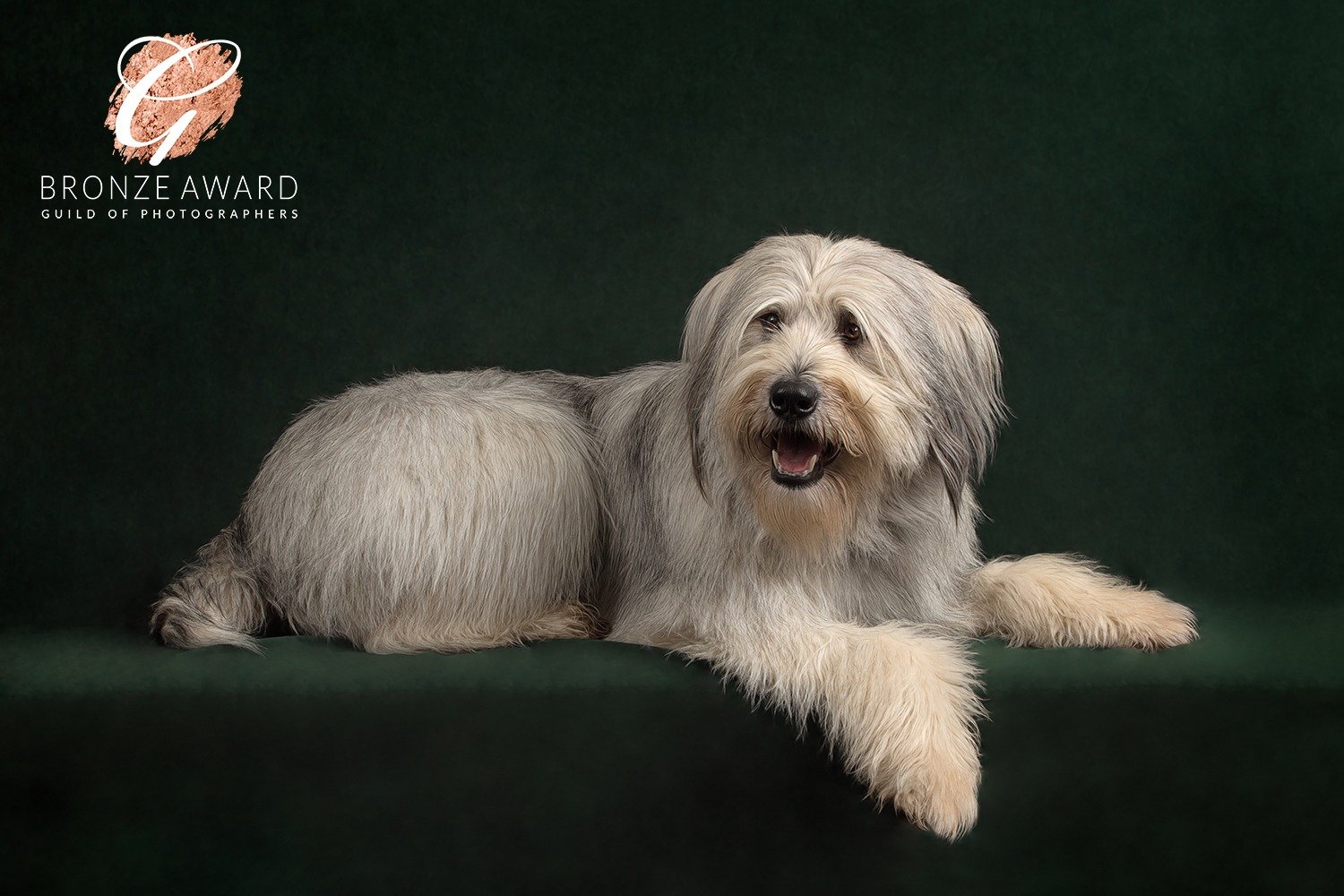 The third image awarded Bronze is this portrait of Frankie. Frankie was rescued from Asia by the charity Soi Dog, and was brought to the UK to live with his human in Kent.

Frankie's photo shoot took place in his home, an environment where he was very comfortable, and we took everything at his pace. He hadn't been with his human for very long at the time of his shoot, but I am thrilled with the portraits I managed to capture for his family. 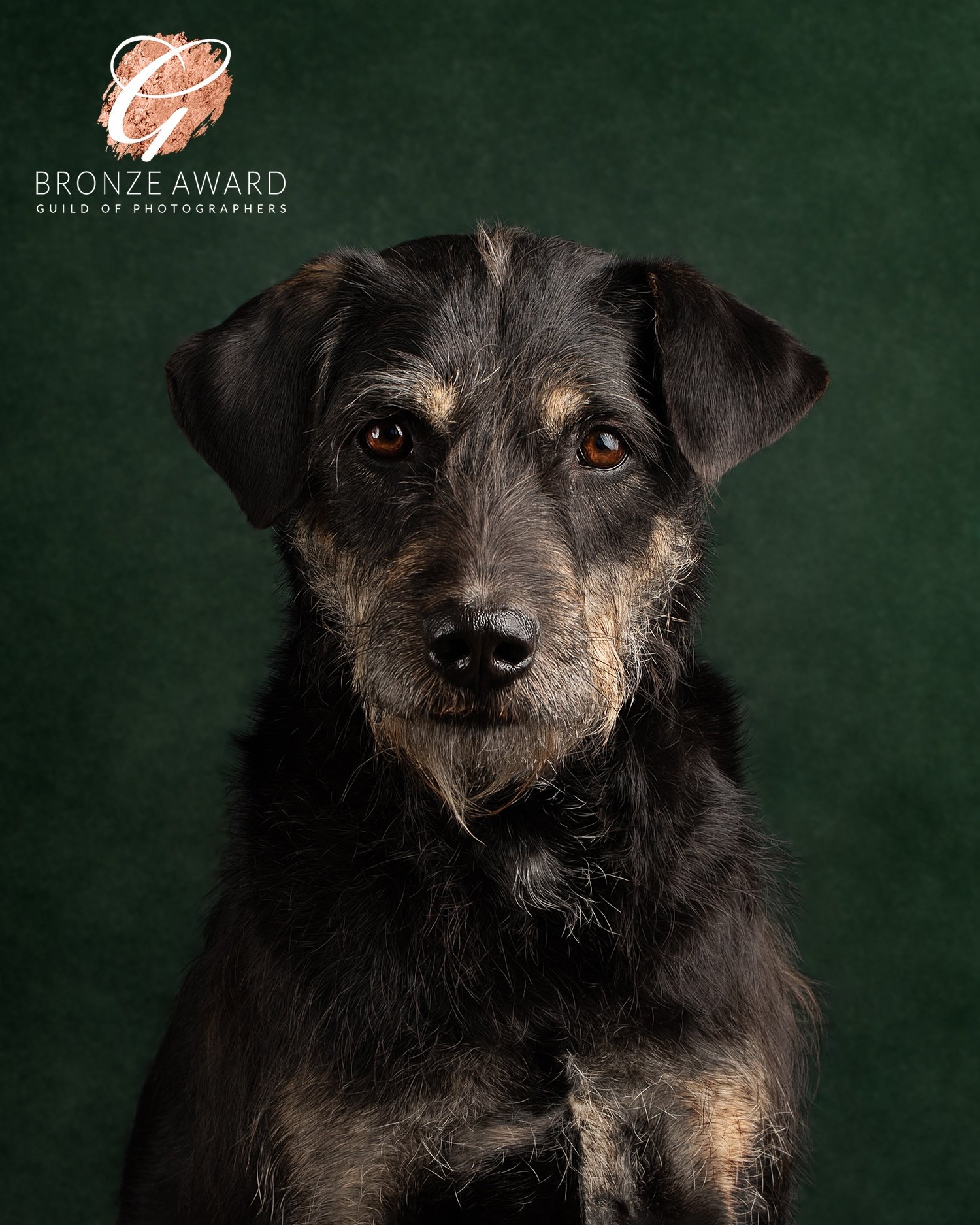