Being in lockdown meant that this month's IOM entries were a bit of a trawl through the archives! Normally I try to pick reasonably current images for my entries, but as all shoots stopped following Government advice in March, I've had to really consider my entries for the next few months to make sure I don't run out!

It is all about the puppies this month, and it was great to be awarded a Bronze and a High Bronze Award, keeping pretty consistent in the Pets category which is what I'm aiming for this year. 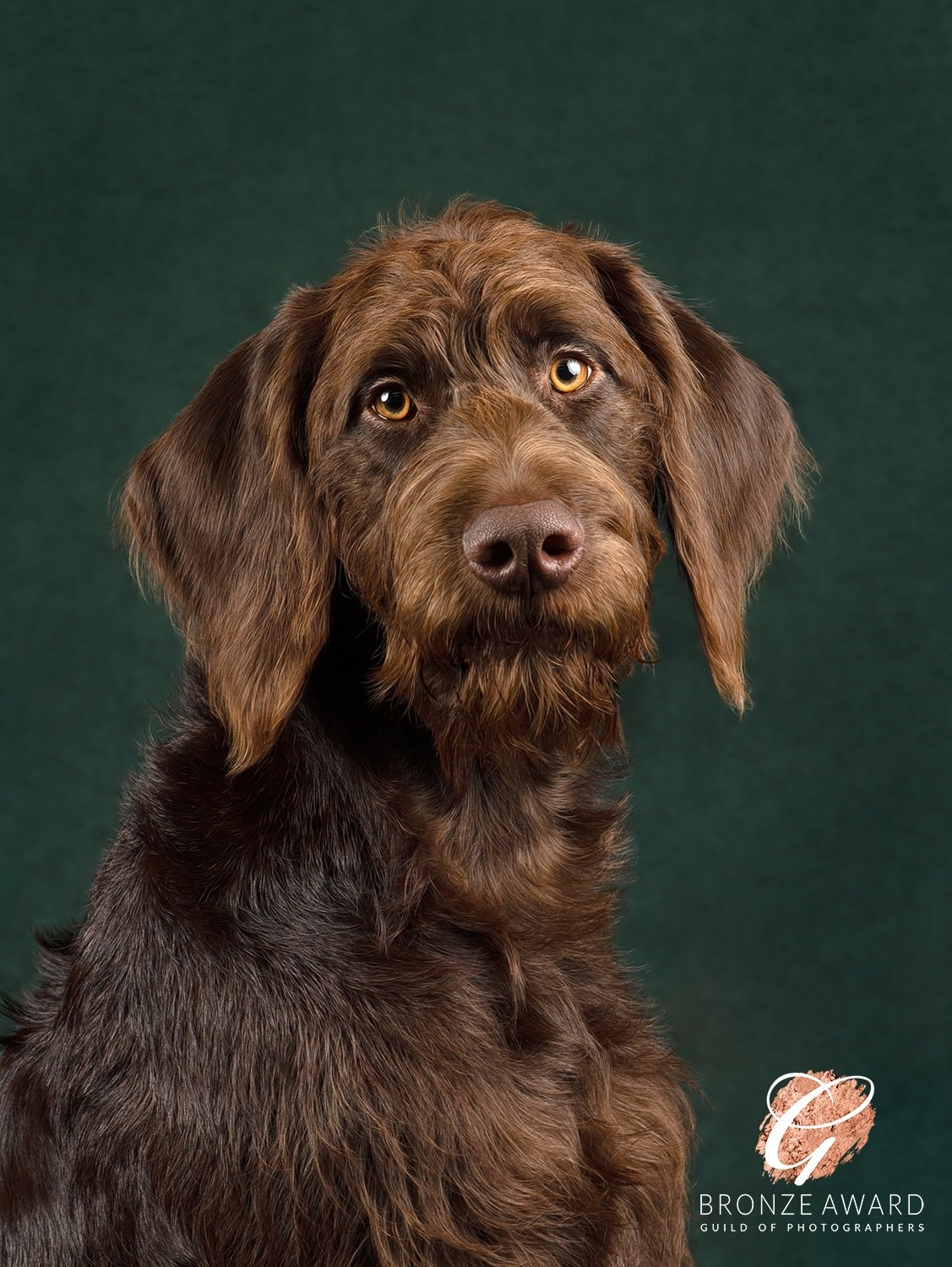 This shot of Stanley the pudelpointer is a particular favourite, so I'm thrilled it was awarded High Bronze. This was taken as part of a mini-shoot day back in November and Stanley was just about 6 months old - so he did fantastically well in a limited time.

The Pudelpointer is a breed more common in Germany than the UK, and was originally bred as a cross between the German Hunting Poodle and the English Pointer. 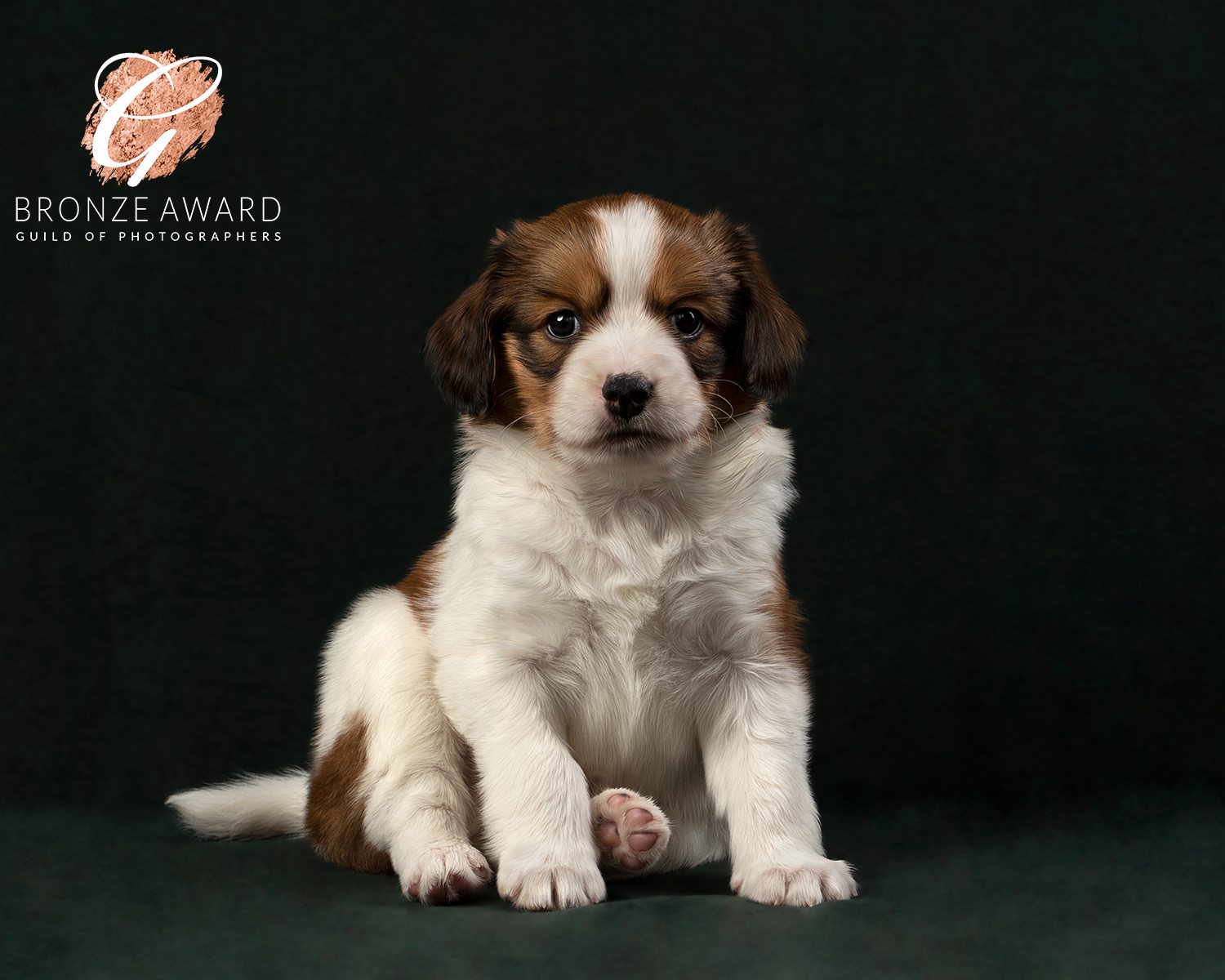 This shot of Mr One was taken about a year ago as part of a litter shoot when he and his littermates were just 5.5 weeks old. As well as getting the group shot, I also take individual portraits of each puppy - and as you can see Mr One completely rocked the posing.

Mr One is a Kooikerhondje, which is a dutch breed bred for hunting, particularly by luring ducks. It is another breed that is less common in the UK, so it's great that two rarer breeds got awarded this month!