There's nothing better than curling up on the sofa with a cup of tea, a good movie and your dog curled up beside you (yes I know, the rule is no dogs on the furniture. Just look how well that turned out for my husband!) 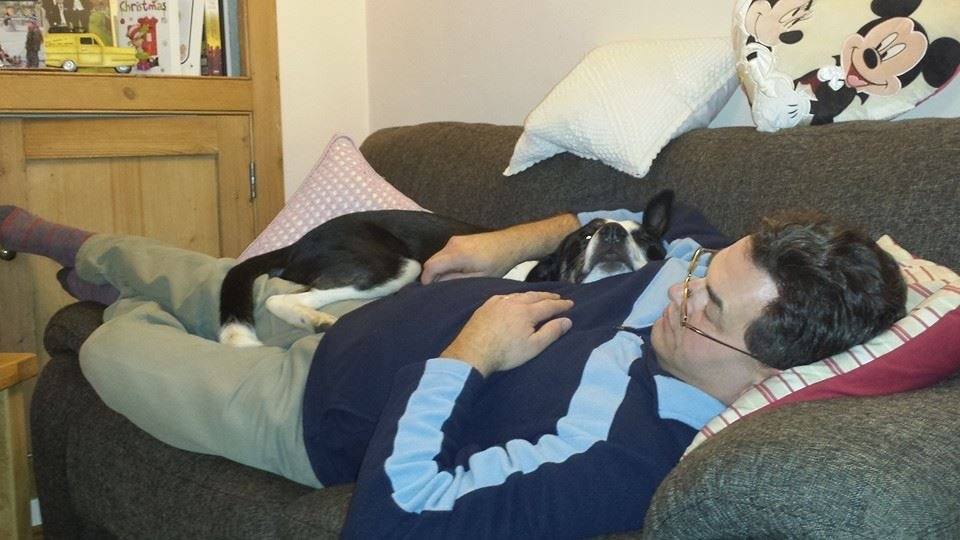 The best movies are those that have dogs in them - so here are my recommendations for nine great doggy movies to enjoy during lockdown!

EIGHT BELOW
Plot: Based on a true story of a team of husky / malamute sled dogs who are left behind in Antarctica when their base needs to be evacuated quickly – and how their human battles bureaucracy, weather and his own demons to get back to them while they fight for survival.

My rating: 5 PAWS
This movie will - without fail - make me cry every time I watch it! It's a proper feel-good film with LOTS of dogs and an ending that will absolutely make you cry (tissues needed!)

THE UGLY DACHSHUND
Plot: Mark and Fran’s prize Dachshund gives birth to a litter of puppies, and while at the vets Mark is talked into allowing her to wet nurse a Great Dane puppy that’s been rejected by his mother. As the puppy grows, the husband wants to keep the Great Dane, and fun and mayhem ensue as he tries to prove he’s more than just an ugly dachshund

My rating: 4 PAWS
We loved this movie when we were kids! It is an oldie - released in 1966 - but is a really good family movie. Who doesn't love it when a misfit makes good?

HACHI
Plot: Another true story, Hachi is a puppy who is found lost at a railway station by a professor, who takes him home “just” for the night. The family fall in love with him and decide to keep him, and every day Hachi waits at the station for the professor to come home from work. But then – tragedy strikes.

My rating: 4 PAWS
If you needed tissues for Eight Below, you’ll need them for this. I spent half the film in tears! A beautiful film about love, loyalty and the unbreakable bond between a dog and his human

A DOG'S WAY HOME
Plot: Bella the puppy is found and adopted by Lucas and his mum, who is a military veteran. Bella is a loving dog but is deemed to be a pitbull breed, despite not looking like one, by the city authorities, who have banned pitbulls. She is temporarily sent to live with friends away from the city while Lucas and his mum move outside the city limits, but Bella escapes and begins the 400 mile journey back home

My rating: 3 PAWS
I really wanted to love this movie, but while it was enjoyable, it didn't really grab me. A nice story, and the last 10 minutes was great, but overall I could take or leave this film.

THE SANDLOT
Plot:  Smalls moves to a new town and makes friends with a group of kids who play baseball at the Sandlot. But just beyond the fence lives a legendary ball-eating dog called the Beast – who they must try to outwit to get back a special baseball.

My rating: 4 PAWS
If you haven’t seen this film, it’s well worth tracking down. Lots of fun, friendship, baseball - and a humongous dog who isn't as bad as he seems at first!

SHOW DOGS
Plot:  Max, a tough police dog, and his human partner go undercover at a top dog show to track down illegal animal smugglers after a baby giant panda is stolen. With the help of former champion Phillippe the Papillon, poses as a Show Dog to foil the crooks.

My rating: 5 PAWS
I have a confession - I only watched this film because I know a couple of the dogs who acted in it. I thought it was a fantastic film - funny, good story, LOTS of dogs, great for kids and adults alike. Highly recommended.

101 DALMATIANS
Plot:  Dalmatians Perdita and Pongo, and their humans Roger and Anita, meet and fall in love. Perdita & Pongo have a litter of 15 puppies, but their happiness is short-lived when the puppies are stolen by Anita's boss, Cruella De Vil, who wants to make a coat out of their skins. Will they manage to rescue the puppies in time?

My rating: 5 PAWS
Although I grew up with the Disney cartoon version, I really like the "live-action" version that was made in 1996 with Glenn Close as Cruella De Vil - she's just delightfully wicked! With either version, it's great family fun and plenty of puppies - just pawfect!

TURNER & HOOCH
Plot:  Detective Turner grudgingly takes in Hooch, a big slobbery dog who is the only witness to his owner's murder. As he tries to solve the crime, Hooch slowly works his way into Turner's heart and life will never be the same!

My rating: 3.5 PAWS
Who doesn't love a big slobbery dog? I always wanted a Hooch - and it's still on my photography bucket list to photograph one! This is a fab film but does involve mild violence so may not be suitable for young children.

BEETHOVEN
Plot:  A St Bernard puppy sneaks into the Newton family home and is adopted by them, although father George is less than impressed by the new addition. Fun and mayhem ensues as Beethoven grows up, but the sinister veterinarian Dr Varnick has his own agenda when Beethoven needs a routine medical examination.

My rating: 3.5 PAWS
This is a fun family film - but my favourite is Beethoven's 2nd - because why have one St Bernard when you can have six? It's a great cast and - fun fact - the evil Dr Varnick is played by Dean Jones, who also starred in The Ugly Dachshund!

So what's your favourite doggy movie? If you have any suggestions I've missed - let me know in the comments!